For any topic imaginable, people ask Google a lot of questions – and conservatories are no different.

At Guardian, we are experts in conservatory roofs, we developed a lightweight, solid, tiled roof which is helping to make glass and polycarbonate roofs a thing of the past.

We are also well placed to answer the common queries people have about conservatories – at least we hope we are, we haven’t checked what they are yet!

This, it turns out, is the number one query.

The short answer is that in many cases they are cold, or at least are unless the heating is left on most of the time.

Most conservatories are cold – and obviously we are talking about in the winter or other times when it’s cold outside – because the roofs are so poor at regulating temperature. Most conservatories have either a glass or polycarbonate roof and these are materials that simply amplify the conditions outside. 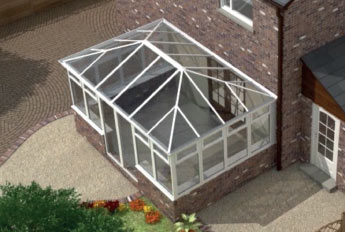 Having the heating on will help to rectify this in the winter, but this leads to sizeable energy bills.

Since 2010, it has been possible to replace a glass or polycarbonate roof with a lightweight, tiled roof. Independent research by AECOM has found that this one change will lead to an average energy bill saving of £200 per annum on an average-sized conservatory

2) Are Conservatories A Good Idea?

Hmmm, this seems kind of a subjective question to be asking Google.

Our take is that they can be – apologies for sitting on the fence!

A conservatory with a glass or polycarbonate roof will be flawed, that’s not just our opinion, it is backed up by thousands of testimonials. Conservatories tend to be too hot in the summer, too cold in winter.

However, it might be that this is a flaw the homeowner is willing to put up with, the conservatory might be affordable and the intention might be to only use it very occasionally, perhaps on a pleasant evening and other times when the outside temperature is best described as mild.

A conservatory with a tiled roof can also be a great idea, when done well this leads to a room that has the versatility and use of an extension, yet without the same eye-watering price tag – many people use this style of conservatory as a home office, study or games room.

However, conservatories are not a good idea if they fail to live up to expectations. Anyone buying a conservatory with a glass or polycarbonate roof and expecting to get a room they can enjoy all year round is likely to be disappointed.

3) Are Conservatories Worth It?

We have to admit, we actually skipped number 3 – it was Are Conservatories Cold In Winter, which clearly just repeats number one. People really want to know if conservatories are cold…

Are conservatories worth it? In the previous answer we looked at whether that are a good idea, so let’s approach this one from a different angle.

Are they worth it financially?

If you are talking about the conservatories so common in the 1980s and 1990s, the answer is probably not. A flawed conservatory will not be usable for much of the time and it will also fail to add significant value to the property. It is the worst kind of home improvement, one that does not pay for itself.

Modern conservatories are worth it though. It will vary by postcode and location, but generally a conservatory with a solid, tiled roof will more than pay for itself by adding significant value to a property’s asking price.

Any would-be buyer is getting usable extra space, and a room that blends in with the rest of the property – our image gallery shows examples of the roof options available.

That’s the long term. In the short term, the question of whether they are worth it can only be answered by whether they deliver what the person saying for the conservatory hopes to achieve. If the intention is only to use it occasionally, then any conservatory might be worth it; if the hope is to have a room that has greater benefit then it is a question that can only be answered with a maybe. It depends which type of conservatory…

A simple one to answer! Yes, conservatories are considered permitted development.

They were covered by regulations that were due to expire on 30 May 2019, these regulations then getting a reprieve and being made permanent.

There are some caveats, but they are reasonable and will not apply in most cases.

There are other caveats, but most of these will be relevant to extensions rather than conservatories – you don’t get many two storey conservatories…

If you work with a company experienced in designing and installing conservatories they can easily answer any queries in this area and ensure that the work has full approval.

A well designed conservatory made from quality materials should be as secure as any other point of entry to the house. The locks can be of the highest quality, any glass can be toughened and it is, of course, possible to have an alarm system monitoring for any attempted break in.

You can get cheap, DIY conservatories. If these were an entry into the house you would want to be sure that they were secure and also that, if someone did break in, the internal door to the rest of the property was then secure. With a cheap conservatory that was not properly secure there might also be a concern that an intruder could break into this room and steal any equipment within – it might be that the conservatory was being used as a home office, full of expensive computing equipment.

However, that’s a worst case scenario using the cheapest DIY conservatory and making no effort to secure additional locks. We’d argue that a conservatory of that limited quality had little use anyway, being a room that would be too hot in summer and too cold in winter.

If we focus solely on professionally fitted, modern conservatories then yes, they are secure, certainly as secure as any other point of entry to the property.

OK, maybe the conservatories that were so common the 1980s are old fashioned. The glass roofs make them look like a bolt-on to the rest of the property, they do scream 1980s every bit and much as luminous socks, braces and enormous mobile phones. 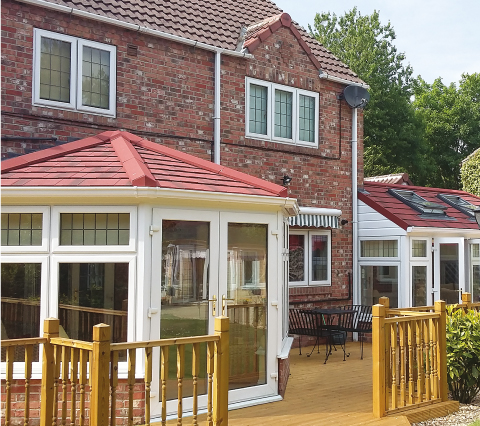 You can see the range of roofs available by looking at the Roof Options.

Answering Google questions has been reassuring, it has helped remind us why we developed the Guardian Warm Roof – to solve the problems inherent with previous generations of conservatories.

Until 2010, conservatories were only allowed to have a glass or polycarbonate roof, it was our work in developing an alternative that could be fitted to any conservatory, new or as a replacement roof, that led to regulatory change.

Our roofs have full Local Area Building Control approval and are only ever fitted by trained, approved installers.

On this site, there is a wealth of information about the Guardian Roof. Please have. Look round and contact us with any questions or queries.