With many homeowners looking to expand their property - be that for extra living space, sun rooms, home offices or other reasons - the question of how best to get that space is a popular one. So, which is the best option - a conservatory or an extension?

Loft conversions are common, so too cellar conversions, though both of these can end up being very expensive options - costs such as tanking a cellar often being greater than the cost of simply building a brand new addition to the house.

And that is perhaps why conservatories and extensions seem to be the most popular projects - but which one of these is the best option for you?

A conservatory or an extension is an increasingly nuanced choice

Perhaps the choice used to be a bit easier... if you just wanted a room from which to enjoy a few sunny, summer afternoons then you would go for a conservatory; if you wanted anything able to provide a wider range of uses then it had to be an extension.

The cost differences also often led homeowners one way or another - one being a relatively cheap project compared to the overall value of the house, the other perhaps requiring more significant borrowing or remortgaging of the property.

But knowledge also played a part. Anyone with experience of conservatories up to a few years ago was probably aware of their flaws. Any conservatory made with a glass or polycarbonate roof is simply unable to regulate the temperatures - the room becoming far too hot in the summer and too cold in winter.

For many, this knowledge made it a simpler decision - extension or nothing.

Recent changes have, however, served to make it a much more complex decision.

New conservatories - all the benefits of an extension? 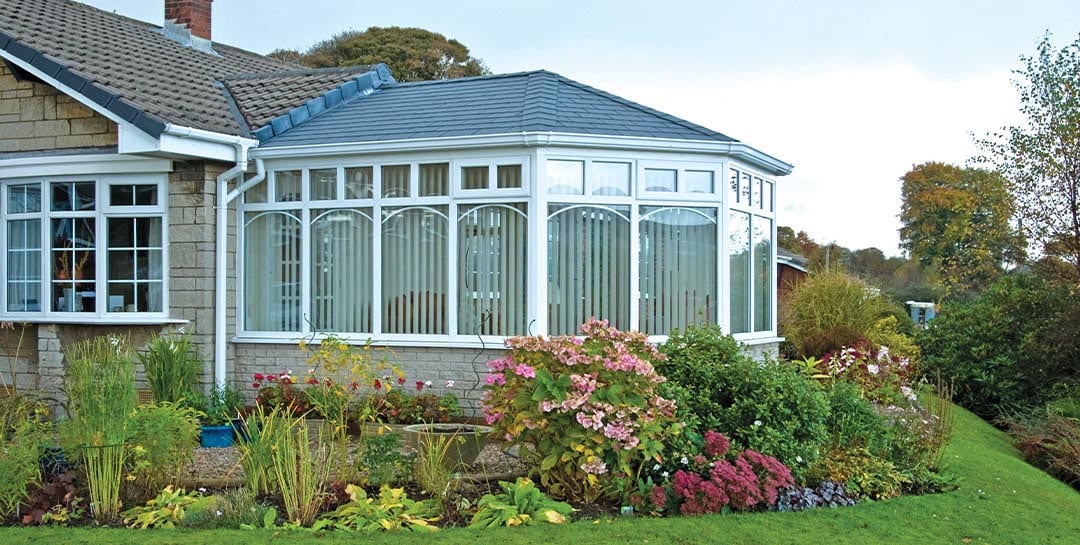 Conservatories can now come in a format that looks more like an extension than a conservatory. A bit confusing perhaps, but also great news for anyone previously unsure which to choose.

Now there is a middle ground with some of the best features of both.

These new style conservatories have one fundamental difference from their older cousins - they don't use a glass or polycarb roof, instead they have a lightweight solid, tiled roof.

At Guardian, we are the only company to make these solid, tiled roofs to a standard that receives full Local Area Building Control approval. In fact, it was us who developed this type of room; believing it must be possible to come up with a lightweight, effective alternative to the flawed roofs of the past. 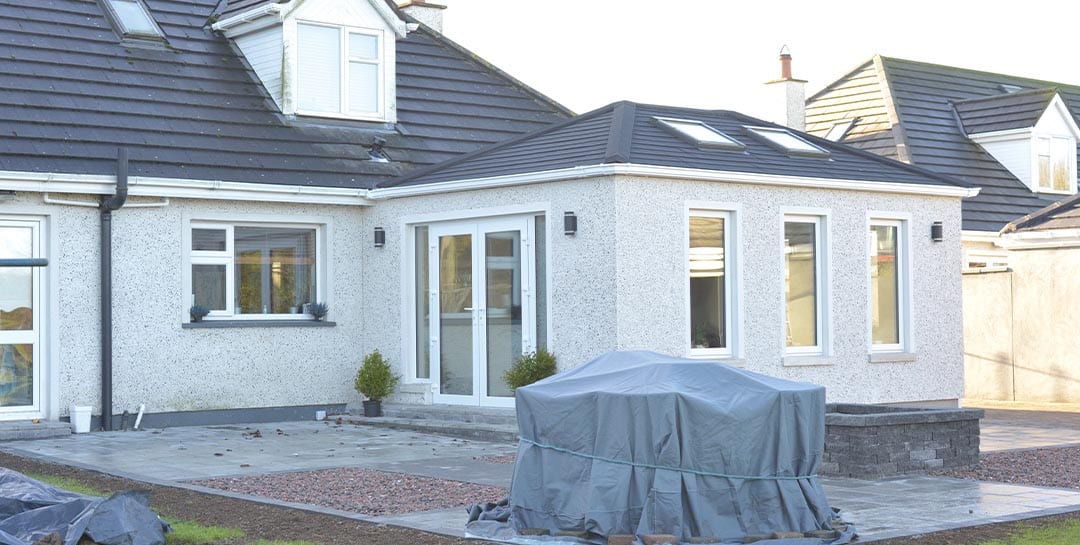 The advances made to conservatory roofs mean that for many purposes there is very little difference between the two.

A conservatory or an extension can now both be enjoyable spaces all year round suitable for a whole range of uses. Both also blend in sympathetically to the rest of the property - no longer are conservatories a glass bolt-on, instead the roofs come in a range of styles and subtle colours ensuring they closely match the rest of the house.

And both even have the huge advantage of adding value to the property. Of course, it varies by postcode, type of house and other factors, but both can be appealing to would-be buyers in future. In many cases, conservatories with solid roofs more than pay for themselves; the money spent on them being less than the increased value of the property when it is later sold.

However, some differences remain...

For some purposes, for all the advances seen in conservatory build quality, extensions are still the best choice.

Larger builds of course can be better suited to extensions too - a two-storey extension might prove a cost effective way of getting extra living space downstairs as well as an extra bedroom on the upper floor.

In general, though, conservatories are an under appreciated alternative. They perhaps still suffer from the reputation they had for being too hot in the summer and too cold in the winter, yet neither of these is an issue any more thanks to changes in legislation to allow our solid, tiled roofs.

With it being so nuanced a choice nowadays, with little to choose between a conservatory or an extension; why not get in touch for an obligation free chat?